Think you have influenza flu?


Think you have influenza flu? 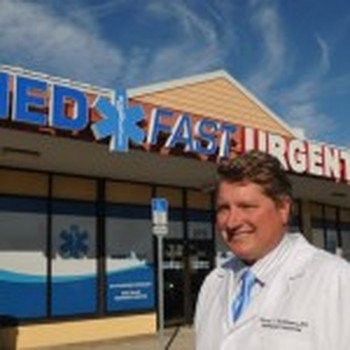 Sherri Enders refers to herself as a “big ball of energy” with “an incredible immune system” who says she rarely gets sick and hadn’t had the flu in about 25 years, until last month.

“I knew something was wrong when I started to experience overwhelming fatigue and I even felt a little dizzy,” the Melbourne resident said. “Then I had a little cough and a runny nose . . . muscle aches and general malaise. For the first time in all those years, I had the flu.”

Enders is one of untold numbers of people who have been affected by the influenza A (H3N2) virus, which has become widespread in 43 states since October. It has played a role in the deaths of 21 children and, the Centers for Disease Control reports, thousands of hospitalizations.

It arrived here in time for the holidays.

“The influenza outbreak appeared in Brevard County the week before Christmas,” said Dr. David T. Williams, the chief medical officer with MedFast Urgent Care, which has six offices in Brevard County. They are receiving 250 to 300 visits a day, a 30 to 35 percent increase over last year, by people with influenza symptoms: the worst outbreak since 2009.

According to a story by Karen Weintraub that appeared in USA TODAY Jan. 5, “For the week ending Dec. 27, nearly 6 percent of doctors’ office visits (nationally) were for flu-like illness, compared with a normal baseline of 2 percent. It was the sixth week in a row above the baseline; on average, flu seasons top the baseline for about 13 weeks.”

That means flu season is not even halfway through and the questions become, “What do you do if you think you have it and then, if you have been diagnosed with it?”

The answers, health care professionals say, are “See a doctor” and “Do as he or she asks. Do not delay.”

“If they think they have the flu, they should see a doctor right away,” Barile said, and Williams agreed.

“Go directly to your nearest urgent care center or primary care provider if you develop a fever and a cough, and you have been in close contact with people who have the flu,” he said. “It is not necessary to go to the emergency room. Treatment for the flu should be started within the first 48 hours (and) your local urgent care center and most primary care providers have the test to detect whether you have the flu. They also will discuss whether or not you will receive antiviral medication.”

Those discussions are likely to be about Tamiflu and Relenza, antiviral drugs that help prevent viruses from reproducing.

They are recommended by the Infectious Disease Society of America and the Centers for Disease Control and Prevention (CDC) for people who have complications or are at high risk for complications, within 24 to 48 hours of the first symptoms of infection.

Barile agrees with those recommendations.

“After being diagnosed, they should be treated with one of the approved antiviral medications and stay home from work or school until their symptoms have resolved. This will help prevent spreading the flu to others,” he said.

The Cochrane Collaboration, a worldwide, independent network of health practitioners, researchers, patient advocates and others based in London, released a report last April that concluded that although Tamiflu “shortens symptoms of influenza by half a day . . . there is no good evidence to support claims that it reduces admissions to hospital or complications of influenza.”

Two other analyzes, published in 2013 by the U.S. National Library of Medicine at the National Institutes of Health and the Oxford Journals respectively, concluded that the benefits of those drugs may not outweigh their risks to those who otherwise are healthy.